COP21 climate change summit: ‘Never have the stakes been so high’

“A political moment like this may not come again,” U.N. Secretary-General Ban Ki-moon told leaders gathered for the conference. “We have never faced such a test. But neither have we encountered such great opportunity.”

The talks began with a moment of silence for victims of the November 13 terror attacks in Paris, and the tragedy served as a touchstone for world leaders urging unity and action.

“What greater rejection of those who would tear down our world than marshaling our best efforts to save it,” President Barack Obama said in his speech.

French President Francois Hollande noted that “never have the stakes been so high because this is about the future of the planet, the future of life.”

“And yet two weeks ago, here in Paris itself, a group of fanatics was sowing the seeds of death in the streets,” he said.

Leaders of 150 nations, along with 40,000 delegates from 195 countries, are attending the conference, called COP21. COP stands for Conference of Parties, an annual forum to try to tackle climate change on a global political level.

The leaders have one mission: Agree on legally binding reductions in greenhouse gas emissions meant to hold global average temperatures short of a 2 degrees Celsius increase over preindustrial global temperatures.

Speaking aboard the papal plane on his way back to Rome, Pope Francis said that the time to do something was now or never.

On Monday, the leaders of the main players necessary to achieve the ambitious goal — China and the United States — sat down together at the COP21. They are the largest producers of greenhouse gases.

Obama told the conference that the United States recognizes its role in creating climate change and its role in solving the issue.

But he said the agreement should be global in nature, assertive and flexible.

“Here in Paris, let’s secure an agreement that builds in ambition, where progress paves the way for regularly updated targets,” he said.

He also addressed economic issues associated with climate change, saying recent economic growth in the United States has come despite a lack of growth in carbon emissions, proving that climate advancements need not come at the expense of the economy or individual livelihoods.

“That’s what we seek in these next two weeks — not simply an agreement to roll back the pollution we put into the skies, but an agreement that helps us lift people from poverty without condemning the next generation to a planet that is beyond its capacity to repair,” he said.

He also said developed countries must help island nations and others that have contributed little to climate change but are the first to be feeling its effects.

Chinese President Xi Jinping said that the conference “is not a finish line, but a new starting point” and that any agreement must take into account the differences among nations.

“Countries should be allowed to seek their own solutions, according to their national interest,” he said.

“Russia not only prevented the increase of greenhouse emissions, it has reduced them,” he said, promising a 70% reduction in emissions from 1990 levels by 2030.

Indian Prime Minister Narendra Modi called for a “comprehensive, equitable and durable agreement that leads us to restore balance between humanity and nature.”

And German Chancellor Angela Merkel reminded the leaders of the “billions of people pinning their hopes on what we do in Paris.”

“Let us do everything we can not to dash those hopes,” she said.

The conference is being held amid even more intense security than usual for such a gathering of global leaders following the terror attacks that left 130 people dead this month.

Authorities have clamped down on anti-global warming demonstrations in the city out of security concerns.

Nevertheless, disappointed demonstrators turned out Sunday, and brief clashes erupted with police at the Place de la Republique, where peaceful protesters had placed rows of shoes and name tags to represent the crowds not allowed to show up.

But violent protesters pelted officers with shoes and bottles. Police said that protesters even threw candles taken from memorials to those killed in the terror attacks, and that they arrested more than 200 people.

Paris police Chief Michel Cadot said taking the candles and using them against police showed “an extreme lack of respect to those events.”

Hollande called the clashes “scandalous.” The French President said authorities knew “troubling elements” would arrive in Paris for the talks, and that is why “these sorts of assemblies were banned and some were ordered to stay home.”

In many countries, people gathered to protest against human-made climate change Sunday. There is a broad consensus among scientists that global warming is driven by human activity, foremost the burning of fossil fuels.

Opinion: Climate change is a form of terror

A look at previous global climate change negotiations illustrates the challenge in achieving this year’s goals, especially when it comes to the biggest greenhouse gas emitters.

Probably the best-known milestone to come out of a previous conference was the adoption of the Kyoto Protocol, a nonbinding agreement by 192 parties to lower greenhouse gas emissions to 5% below 1990 levels between 2008 and 2012. 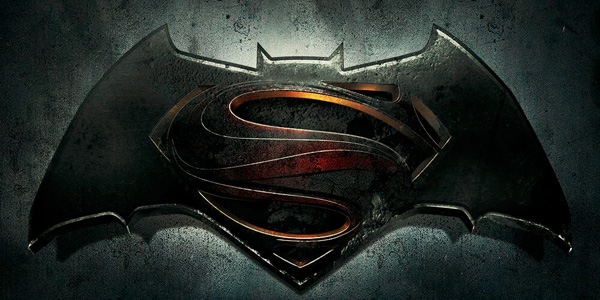